A 12,056-acre state park that spans through Benton, Carroll and Madison counties in Arkansas, the park was purchased in 1979 thanks to an effort of northwest Arkansas banks. Located in the Boston Mountains, which are the southwestern portion of the Ozarks, Hobbs State Park is to the south of Beaver Lake.

This state park is well known for its hiking trails.  If you are a hiker and want to get out and explore the Beaver Lake area, you should check out Hobbs State Park.  The trails have all types of terrain including plateaus, ridges, valleys, streams and forests.  There are many different trails to choose from including beginner trails, interpretative trails, hiking trails, equestrian trails, and mountain biking trails. 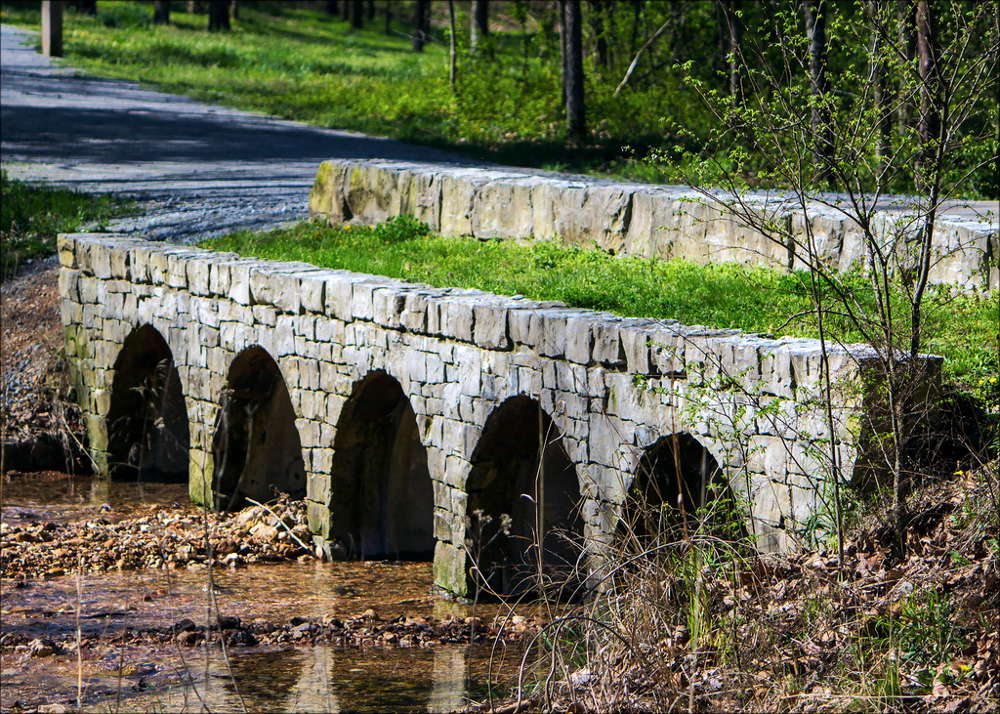 There is an awesome 17,000 square foot visitor center where you can learn all about Beaver Lake and the wildlife in the area.  This visitor center is a must stop on any visit to Hobbs State Park.

The park is property once owned by Roscoe C. Hobbs, who was the manager of the Arkansas and Oklahoma Western Railroad, and later made a fortune by founding the Hobbs-Western Tie Company. He donated 320 acres in 1962 to form Withrow Springs State Park. Hobbs State Park was made from land purchased from Hobbs heirs for $350 an acre.